CRANDON, Wisconsin (June 23, 2021) — With off-road racing and the outdoor lifestyle in the Midwest now stronger than ever, iconic Crandon International Raceway and all-American brand Lucas Oil today announced a comprehensive partnership that spans the facility, its events and plans for an expanded future.

The new agreement also includes the Lucas Oil-owned MAVTV Motorsports Network, a nationwide cable and online streaming service that covers all aspects of American auto racing and the automotive culture.

While some aspects of the partnership will be announced later this summer, racers and fans will notice that a good portion of the rebranding of Crandon’s 400+ acre facility are scheduled to be in place for this weekend’s 28th Forest County Potawatomi Brush Run races. 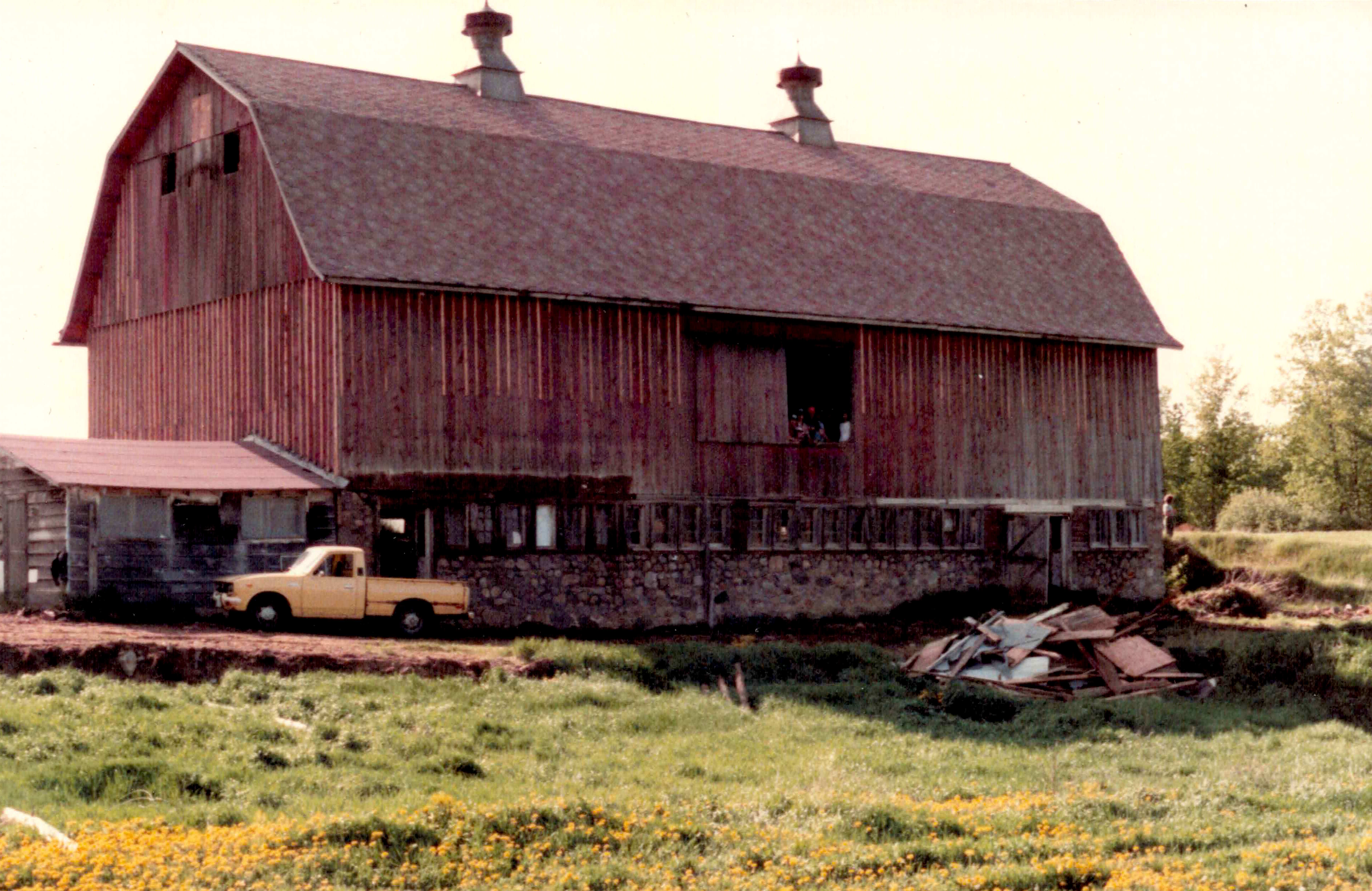 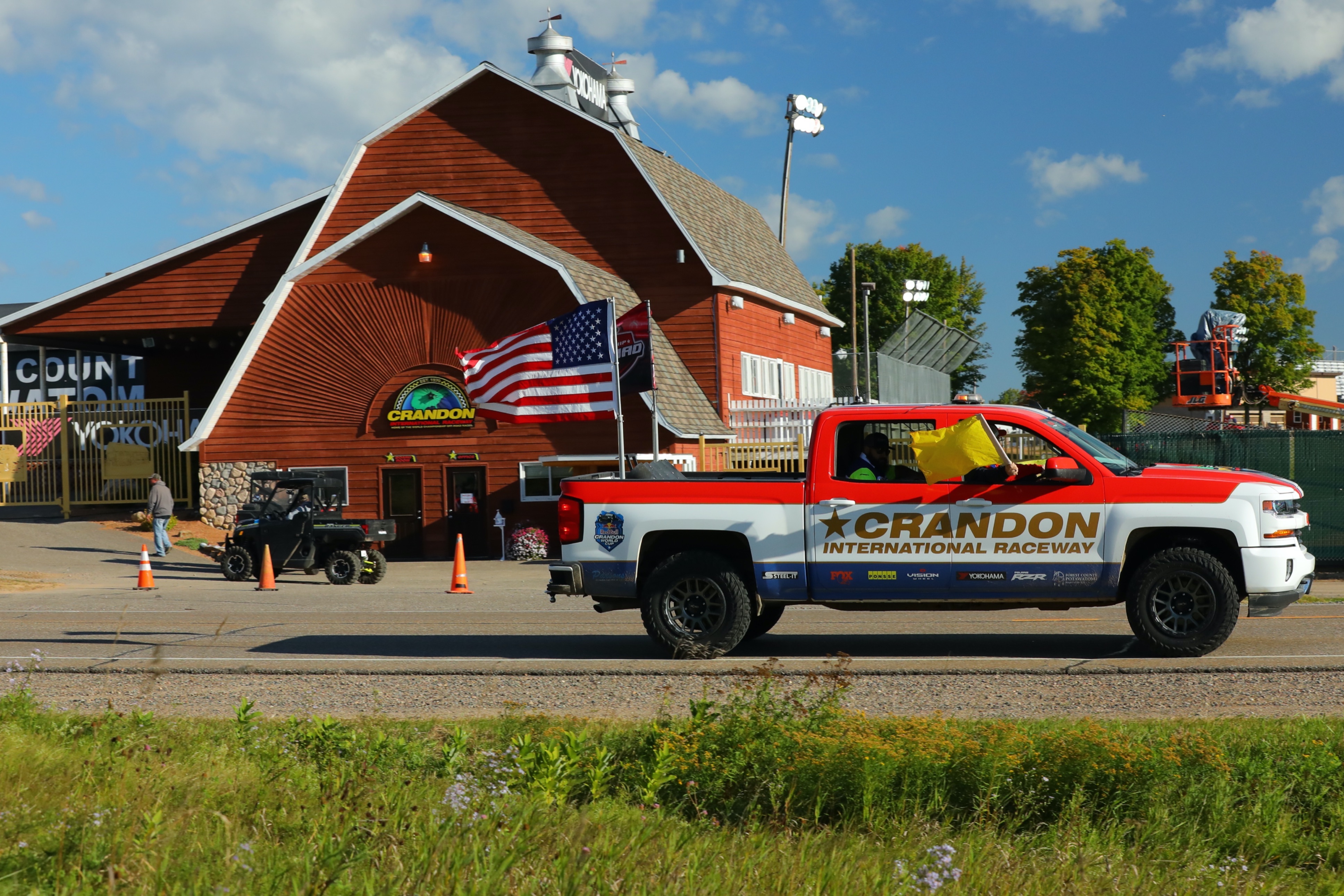 Crandon International’s iconic roadside barn, the only original building left on the former diary farm property, will now be renamed the “Lucas Oil Barn.” In addition to updates to the building’s office facility and VIP bar, the historic structure will soon feature illuminated signage on the barn’s massive roof structure and wood-clad frontage. In addition, racers taking part in two massive short-course off-road events in 2021 will have their machines inspected in the “Lucas Oil Tech Barn.”The MAVTV brand will be seen by tens of thousands of fans, along with television and live-streaming coverage, thanks to new on-track signage. A large new MAVTV billboard has been added before the track’s Polaris Gravel Pit corner, while the familiar hexagon-shaped building housing timing and scoring functions will now be adorned with comprehensive signage on the newly renamed “MATV Timing Tower.”  Also updated for 2021 is one of its most famous attractions — the track’s wholly unique ride truck, known as the MasterCraft Safety “Best Seat in the House.” A brand new John Deere 260E dump truck will hold a special rack outfitted to hold 20 MasterCraft seats and Impact Safety belts, while MAVTV and Lucas Oil signage will also be added to the cab and bedsides. 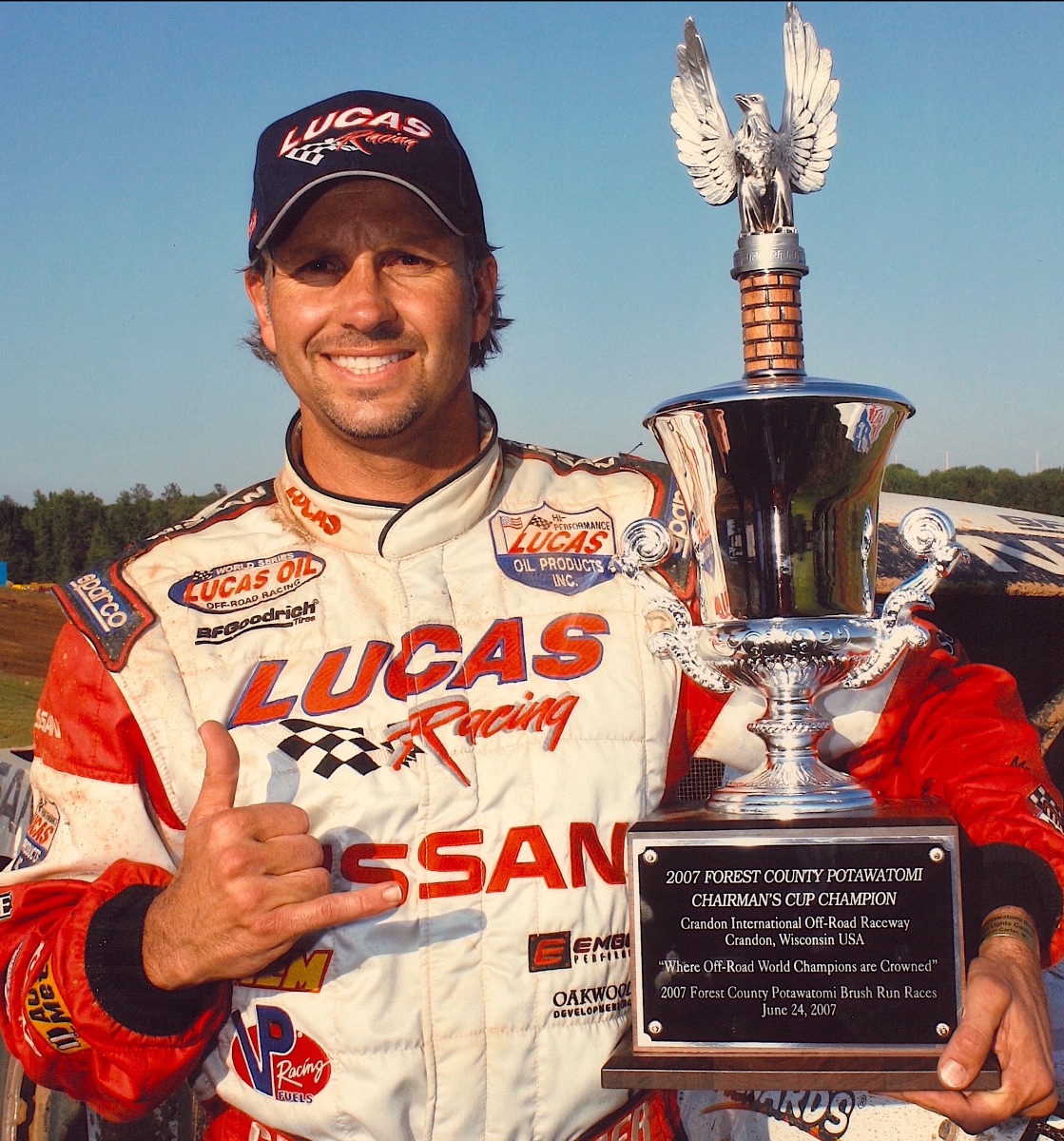 CRANDON CARL: Now retired from the sport, longtime Lucas Oil off-road racer Carl Renezeder made his mark at Crandon International Raceway. Among his many triumphs was his victory in the prestigious 2007 Forest County Powatomi Cup race — an event that will take place this weekend at Crandon. (Photo: Jeff Nemecek)

“Lucas Oil is excited to have reached a new agreement with Crandon International Raceway that will continue our working relationship with the historic, 400-acre facility in Wisconsin through 2021 and beyond,” said Lucas Oil Director of Partnership Marketing, Brandon Bernstein. “Known as the ‘Holy Grail’ facility for short course off-road racing, Crandon is a magical place for fans and competitors. This is exactly why we agreed to a revamped agreement that will see the facility go through a fresh rebranding, facility upgrades and include event coverage from MAVTV.”

“The relationship between Lucas Oil and Crandon International Raceway has come full circle once again, and, we are very happy about it,” added Crandon International Raceway President Cliff Flannery. “Lucas has heen a strong and steady supporter of short-course off-road racing for decades, and we are proud to have them find a home here at Crandon. It’s a partnership we will work hard to keep for a very long time.” 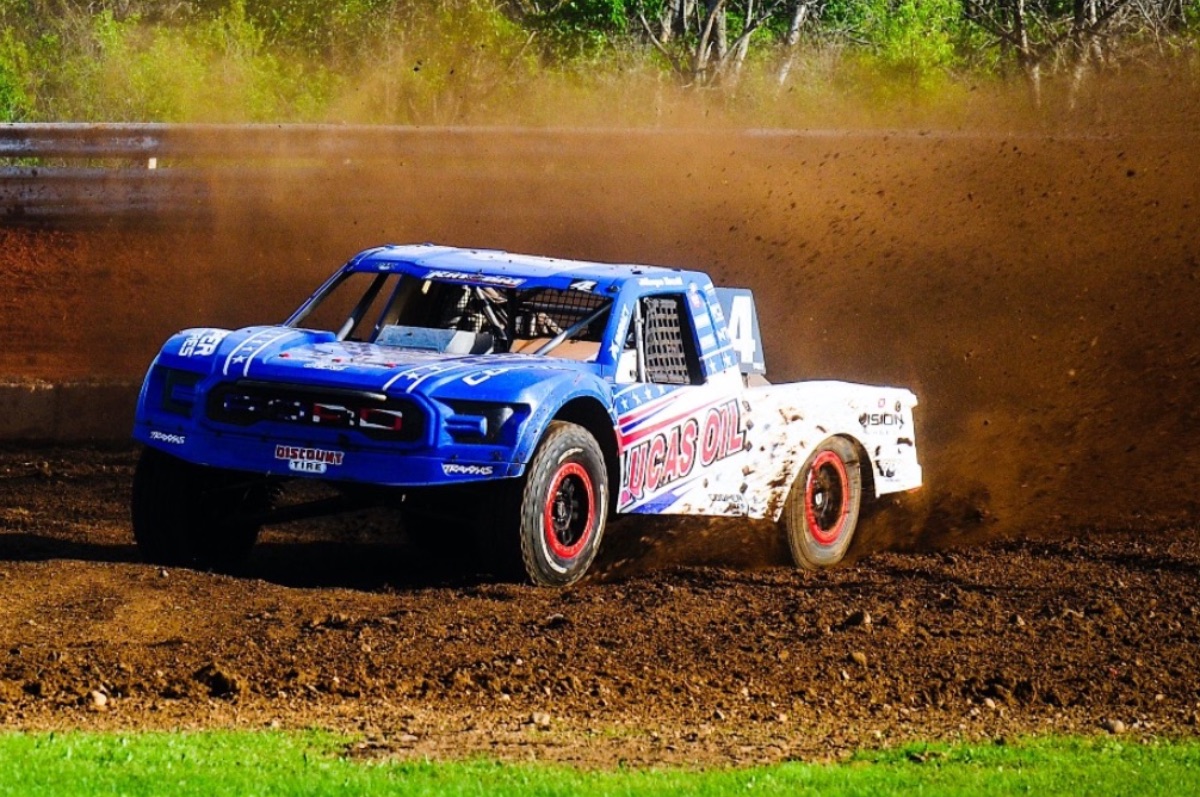 A NEW FACE FOR LUCAS OIL: Not only is the Lucas Oil brand now part of Crandon International Raceway, but its famous red, white and blue colors are also being flown by Pro 2 racer Keegen Kincaid. The relationship got off to a flying start at the 2021 Champ Off-Road series season opener in Antigo, Wisc. where the Crandon native took both opening rounds of competition.  (Photo: Champ Off-Road)

Crandon International is expected to be a busy place in 2021, with two huge off-road race events and an expanded Forest County Festival celebrating the 4th of July holiday. The 28th Forest County Potawatomi Brush Run is scheduled for this weekend and features three days of action courtesy of the increasingly popular AMSOIL Champ Off-Road series.  Based on the series’ first round of competition in Antigo, Wisconsin, a record number of race teams for the Brush Run are expected run Crandon later this week.

The 52nd Polaris Crandon World Championship Off-Road Races®, featuring the Crandon World Cup, will be held over Labor Day weekend from September 1st – 5th, 2021. The massive gathering is the largest, oldest and most prestigious short-course off-road races in the world, and includes Pro and Sportman AMSOIL Champ Off-Road series racing as well as a complete field of Ultra4 series competitors. The 6th annual Crandon World Cup for Pro category racers will also take place, with the sport’s best drivers earning coveted Crandon World Championship titles and the biggest prize of all — the annual Crandon Cup finale.

Every athletic form of competition has its iconic “holy grail” location; magic places that organically merge time, place and history in locations often imitated — but certainly not duplicated. For off-road racing, that unlikely theater of speed is found deep within Wisconsin’s Northwoods at a place better known as the “Big House.” Located just 100 miles northwest of Green Bay and just outside of the tiny hamlet of Crandon (population: 1,386), for 52 years Crandon International Raceway has provided three generations of fans with dirt throwing, high-intensity action and history-making performances. Crandon’s purpose-built, 400-acre facility is the finest on earth and has long hosted the largest crowds in short-course off-road racing history. Featuring more than 2,100 grass camping sites, fans enjoy two big weekends of racing each year at Camp Crandon. For more information please visit www.crandonoffroad.com.

Founded in 1989 in Corona, California, by Forrest and Charlotte Lucas, Lucas Oil Products was created with the simple philosophy of producing only the best line of lubricants and additives available anywhere. Today, it encompasses the most diversified range of segments in the automotive, powersports, marine, industrial, outdoor, and motorsports marketplaces, many of which were created by Forrest Lucas himself. In total, the company boasts more than 300 premium oil products, which is the largest variety of shelf products of any oil company in the United States, and features a distribution network that includes 48 different countries. For more information please visit www.lucasoil.com

Owned and operated by Lucas Oil Products, MAVTV is a television network with its roots deep in the automotive world. MAVTV offers an unparalleled line-up of exclusive motorsports, that includes prestigious events such as the Chili Bowl, The AMA Pro Motocross series, the Lucas Oil Challenge Cup and more. But MAVTV goes far beyond the national mainstream events and also covers multitudes of grassroots series’ from across the globe: Drag boats, sprint boats, drag racing, pro pulling, drifting, dirt racing, ice racing and everything in between. 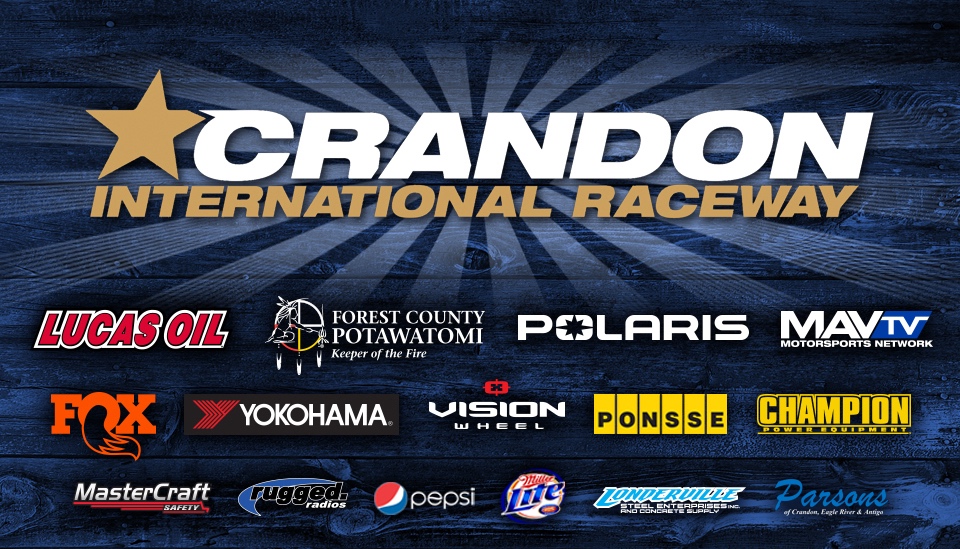